It was a pleasure having you as our guests in our event “Green heating and cooling workshop: Heat Pump RD&I in EU Projects”.

We hope it was a valuable experience for you too and you appreciated the insights provided by our speakers.

We are happy to share the presentations used during the session.

If you missed the event, you can watch the video here.

SunHorizon @SustainablePlaces 2021 in a joint workshop

On the 29th of September 2021, the SunHorizon project partecipated in a joint workshop organised with other 20 H2020 projects. The aim of the event was to present innovative solutions for both the industrial and residential sector, contributing to renewable heating and cooling and policy discussion on the FitFor55.

The event has been organised in the framework of the Sustainable Places conferences, and was held as hybrid event, with both physical and virtual attendance.

If you missed it, you can watch the recording here.

We thank all the speakers and participants for the great exchanges.

Pictures from the event:

This event is organised in the framework of the REWARDHeat project, as an opportunity to gather with heat pump stakeholders and share knowledge about the heat pump role in the selected EU projects.

The other two EU projects (SunHorizon and ETIP-RHC) are invited to present their perspective and approach in R&I about heat pump application.

The European Technology Platform on Renewable Heating and Cooling (RHC-Platform) brings together stakeholders from the biomass, geothermal, solar thermal and heat pump sectors to define a common strategy for increasing the use of renewable energy technologies for heating and cooling.

Meanwhile, SunHorizon aims at deploying sun-coupled innovative heat pump in the residential and tertiary sector, thus supporting the decarbonisation of the heating and cooling sector.

Join us in this event to know more about the projects’ development and how innovative heat pumps are deployed in different sectors.

This event will take place on October 6th and it’s a free virtual event. In your registration, you can select the virtual ticket. 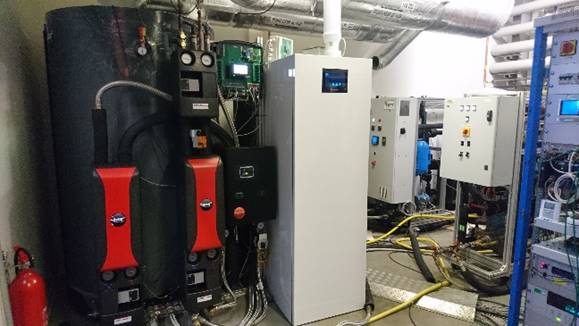 In the first half of 2021, CEA experimental platform at INES is hosting the tests of three solar-based hybrid technologies developed by SunHorizon industry partners before the in-situ deployment phase during summer 2021: TP2, TP4 and high vacuum flat solar thermal panels.

The test of TP2 involves Ratiotherm (solar heat distribution and 1.3 m3 stratified thermal storage, controller with electricity self-consumption strategy) and Boostheat (20kW thermal compression gas-fired C02 heat pump) as real hardware components while 50m² Dualsun solar PVT panels are virtually emulated, as well as the building and user heat and electricity demand. The TP2 installation in CEA INES semi-virtual lab is finished. A custom 9-days test sequence was developed by CEA to assess TP2 performance, mainly regarding gas and electricity consumptions, in representative operating conditions all year round, for residential heating and DHW application like the Riga Sunisi demo site in Latvia. The test setup already allows gaining experience for fail-proof connections and wiring recommendations of Ratiotherm and Boostheat altogether and validating the proper operation of controllers. The performance test results target is to consume 9MWh of gas and 5.5MWh of electricity concerning 1.5 MWh as DHW, 12.2MWh as space heating and 7.7 MWh as electricity demand.

The Sunhorizon demo pilots of TP3 in Sant Cugat, TP1 in Verviers and Berlin are relying on TVP solar LT power high vacuum flat solar thermal panels. Before being demonstrated also in INES PFE professional training platform in summer 2021, CEA is installing 8m² LT power panels on its sun-tracking outdoor solar test bench to get a preliminary experimental performance assessment. Tests are running for a few days in June with appropriate weather conditions, in Chambéry, France. The resulting LTpower performance test datasets and numerical model are to be used in the forthcoming TP1 semi-virtual test or further TVP solar sizing tools and performance simulations. 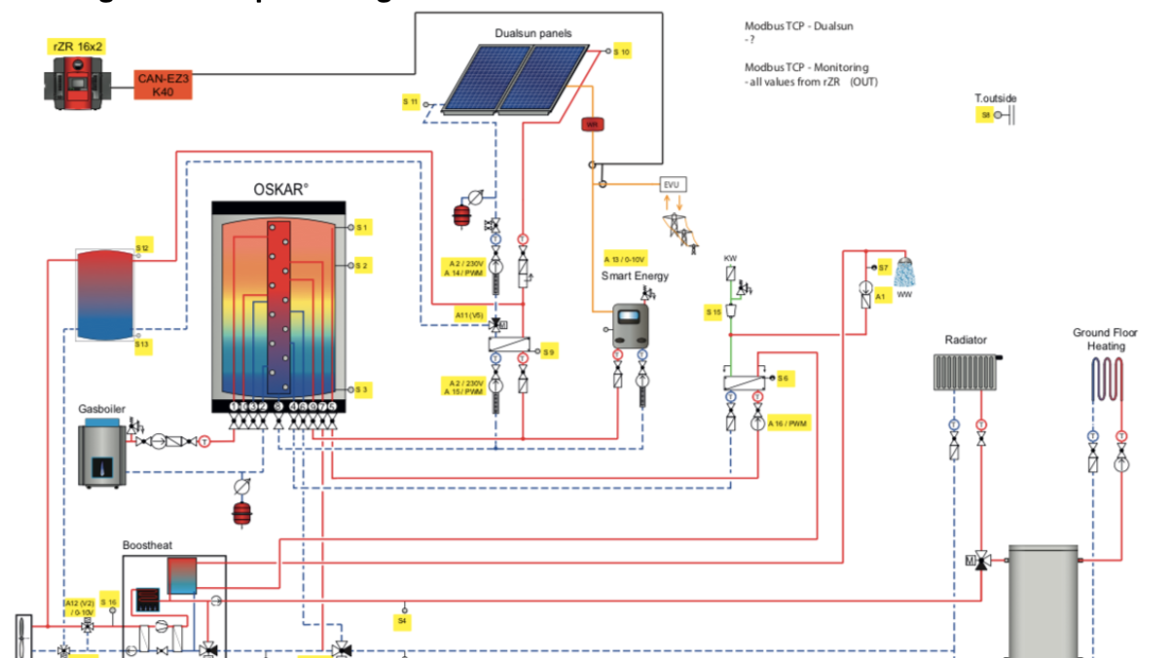 During the last months, SunHorizon partners have been actively engaged in various preparatory works for deployment of SunHorizon technologies in Riga demo site, which is located in Latvia and managed by Riga Technical University (RTU). The demonstration will take place in two single-family residential houses where TP2 is going to be installed. It comprises a heat pump from Boostheat, PVT panels from DualSun along with a stratified storage tank, solar station, smart electric heater and other components from Ratiotherm, coupled in an integrated technology package to provide the household with space heating, domestic hot water as well as PV-produced electricity.

Integration of the various technologies in a single SunHorizon TP2 is made possible thanks to the strong collaboration of the technology providers and other partners involved in detailed thermal modelling of the buildings and simulation of the TP2 operation at the specific sites considering their energy consumption patterns and weather conditions throughout the year. While the technical diagrams and simulations were prepared by the SunHorizon partners, it is now up to the local installers to deploy the technologies in both houses. The installers were selected by RTU in an open tender and will complete their work in early autumn before the next heating season. To achieve this, the technology providers are about to start manufacturing the components to be delivered to the demo site during the summer months.

After commissioning of the SunHorizon technology package, its operation will be continuously monitored with a number of heat and electricity meters and room sensors. In addition to that, a weather station has also been installed in Riga. These data will be available for the project partners on the cloud close to real-time in order to keep track on the previously-defined KPIs and assess the energy and cost savings brought by SunHorizon.

The SunHorizon app developed by CheckWatt, allows the user to view real-time information about their building’s indoor climate and energy consumption. Furthermore the user can provide feedback about their perceived comfort levels (e.g., if a room feels too hot/cold). The feedback provided is then used by the self-learning algorithm, that effectively ensures a comfortable indoor climate with the lowest energy consumption possible. The app will be available for both Android and IOS platforms.

To get started with the app the user needs to perform two steps. The first step is to download the app from Google play or App Store and register to create an account. The second step is to connect their account to their building using a code that would have been given to the user in advance.

Once the user has completed the two initial steps they are ready to explore the app and its functions. For instance, they can view the current indoor temperature of a room. Analyse their energy consumption this month or provide feedback about a room feeling too hot and humid. 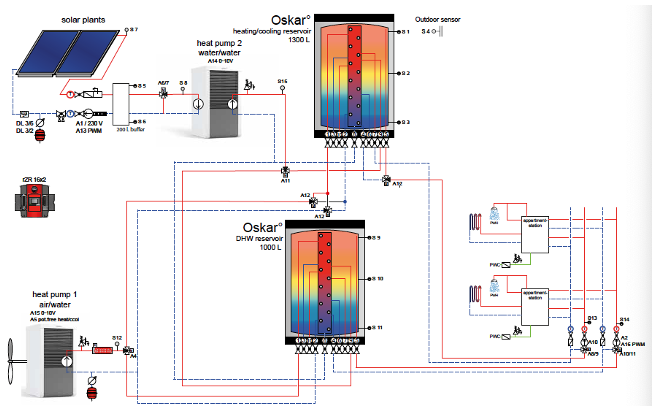 Check out the SunHorizon 5th Newsletter published in June 2021. 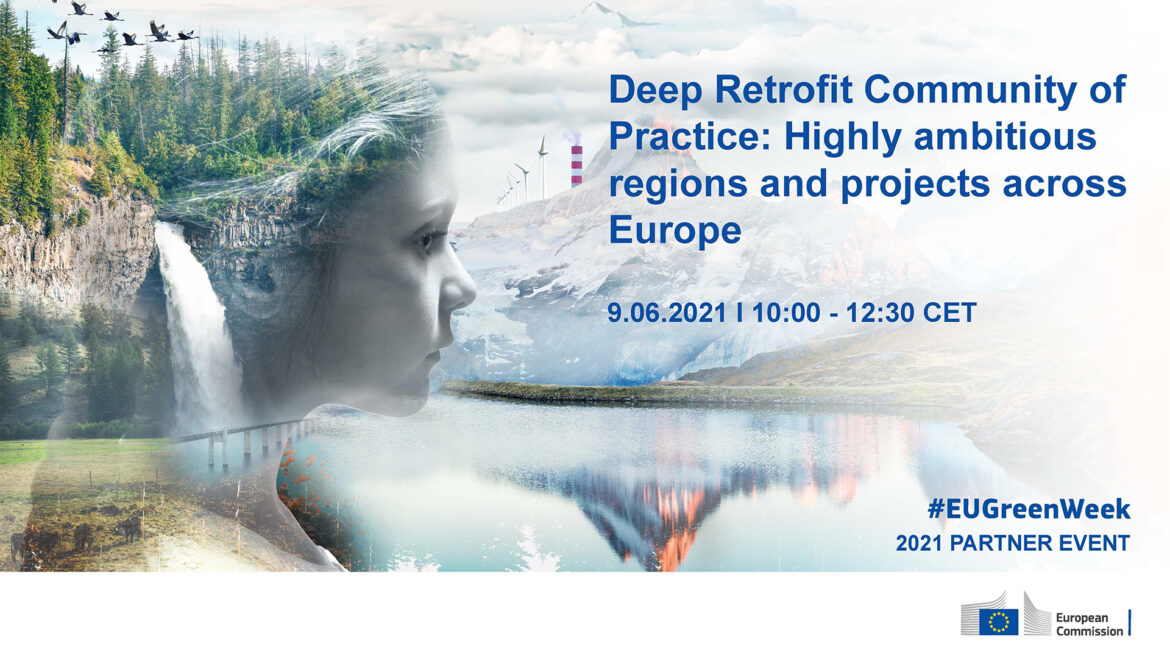 It was a pleasure taking part in the #EUGreenWeek Partner event “Deep Retrofit Community of Practice: Highly ambitious regions and projects across Europe ” Online Seminar. We hope it was a valuable experience for you too and you appreciated the insights provided by our speakers. We are happy to share the presentations used during the session.

Looking forward to seeing you soon! 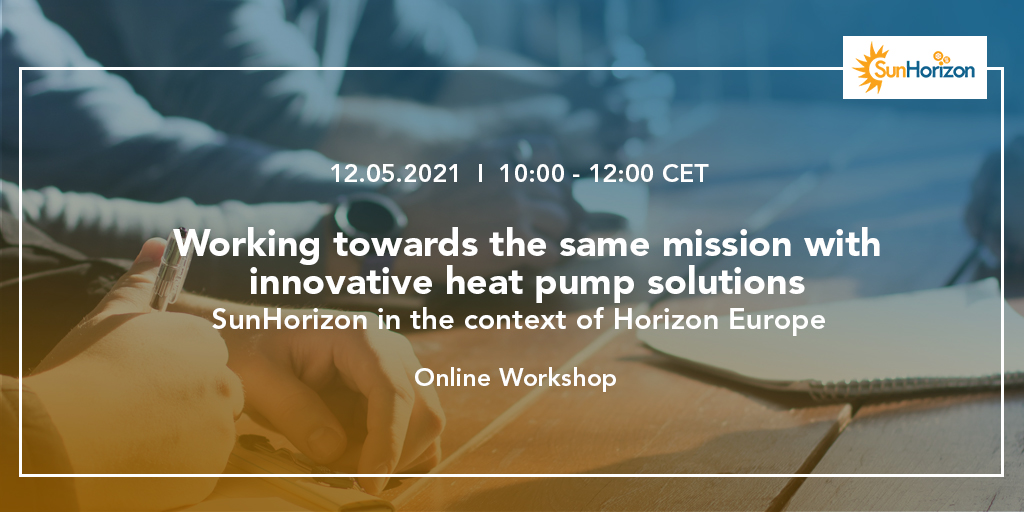 It was a pleasure having you as our guests in our “Working towards the same mission with innovative heat pump solutions” Online Workshop. We hope it was a valuable experience for you too and you appreciated the insights provided by our speakers. We are happy to share the presentations used during the session.

Looking forward to seeing you soon!

Watch recording of the session here